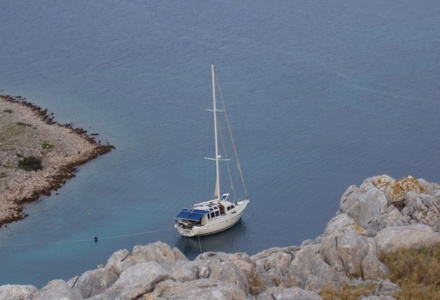 Sheltered in a cove. 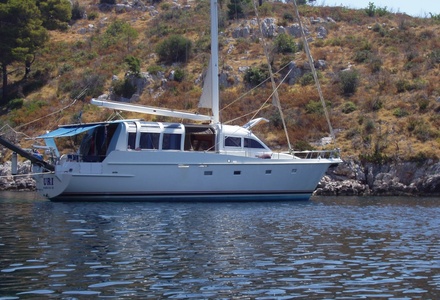 The Uri moored in a bay along Croatia's Dalmatian Coast.

Uri from the waterline. 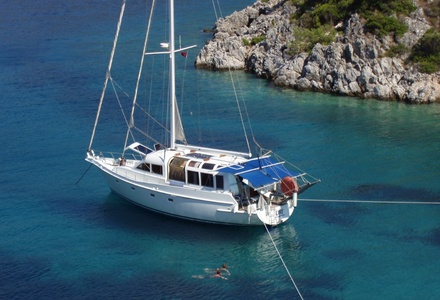 The Uri in a Turkish bay. 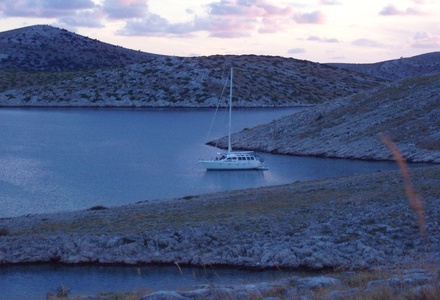 The Uri enjoying a purple-tinged twilight. 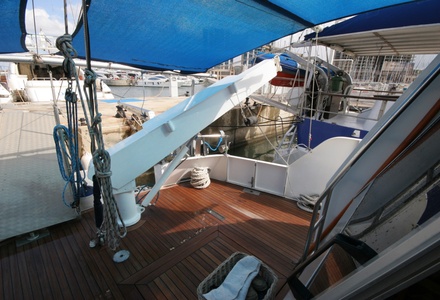 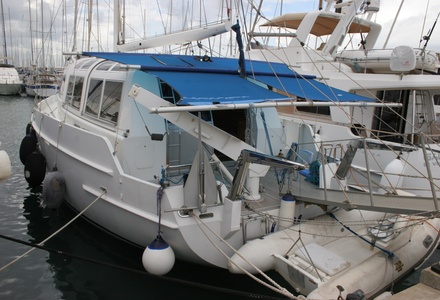 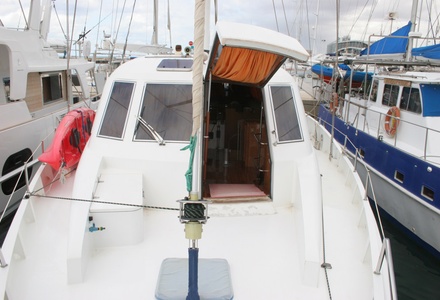 The foredeck of the Uri. 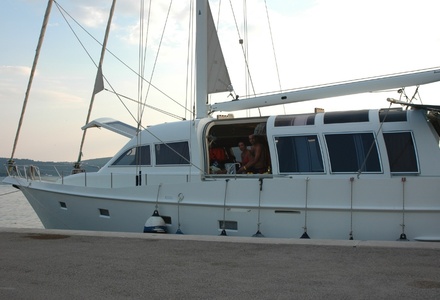 Preparing dinner aboard the Uri. 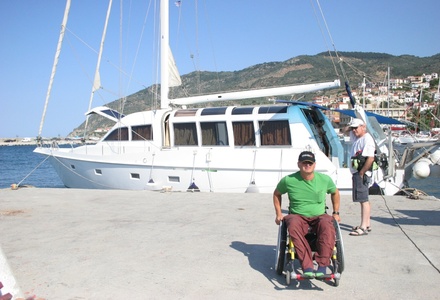 The Uri docked in Greece. 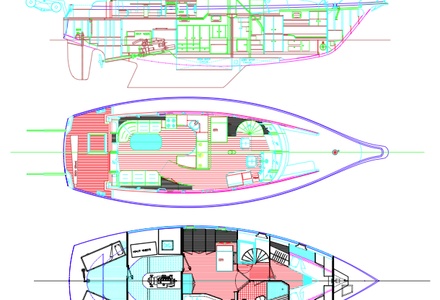 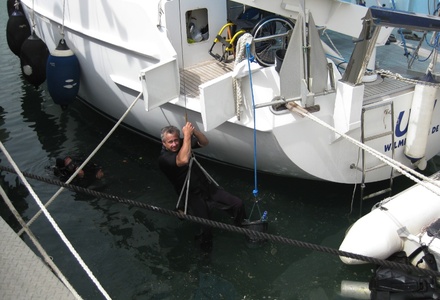 Being lifted out of the water by the aft hydraulic crane. 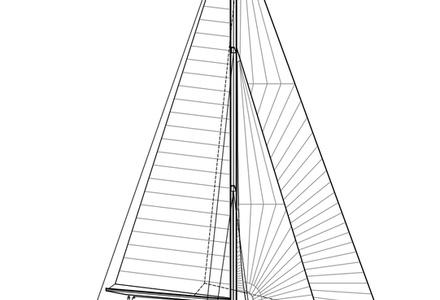 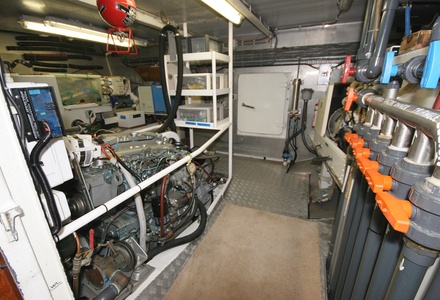 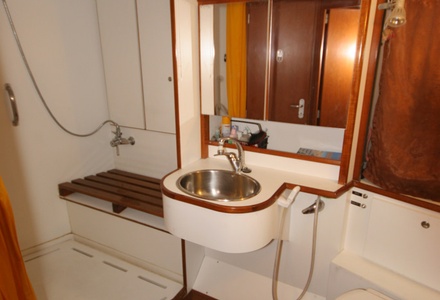 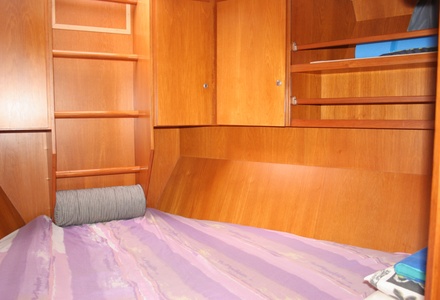 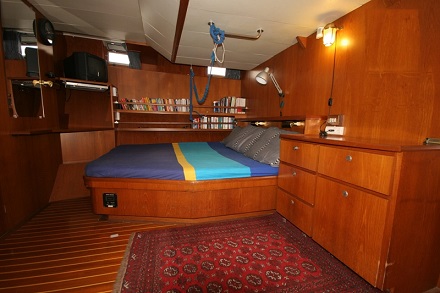 The Uri's master bedroom on the lower deck. 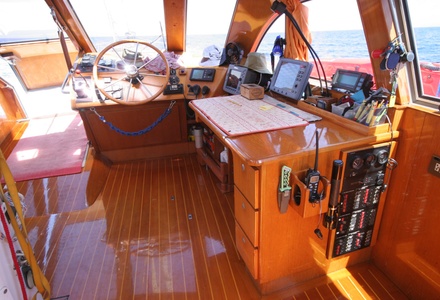 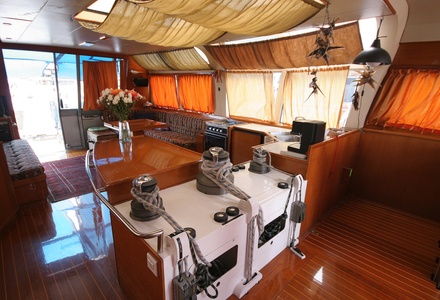 The upper deck of the Uri, facing aft, showing the galley and sail winches. 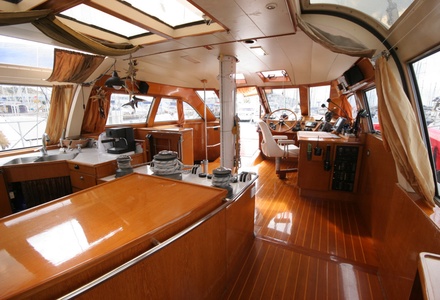 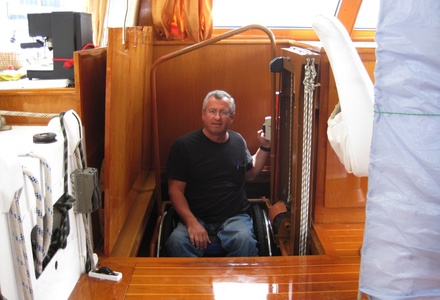 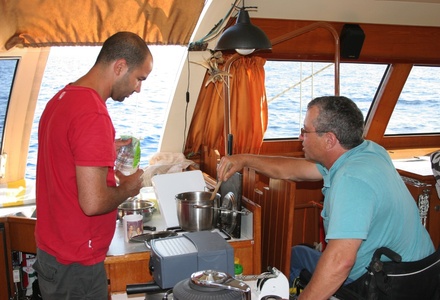 Cooking with gas. There is also a full electric range and oven. 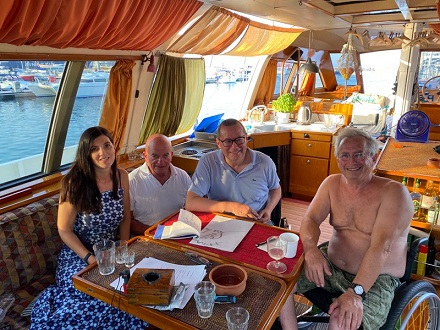 Together with new friends in the dining area. 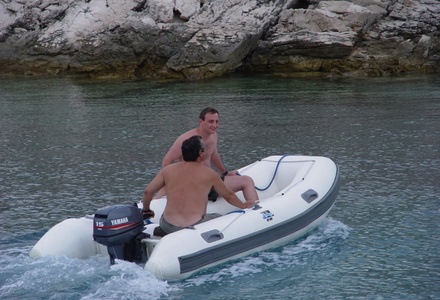 Exploring with the Uri's dinghy. 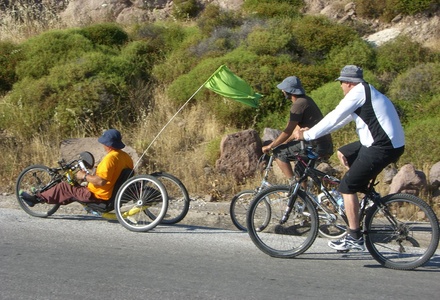 The Uri has ample storage for bikes. 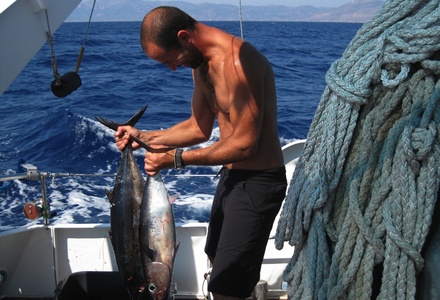 A fresh catch of tuna. 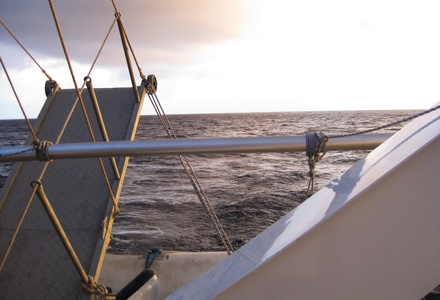 The view aft while under way. 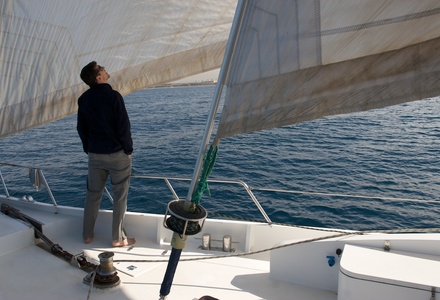 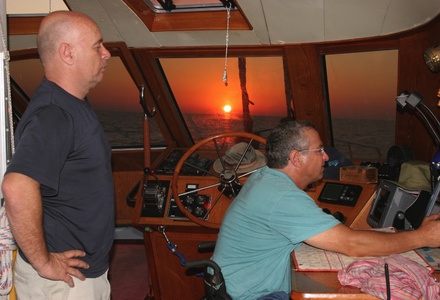 Charting a course at sunset. 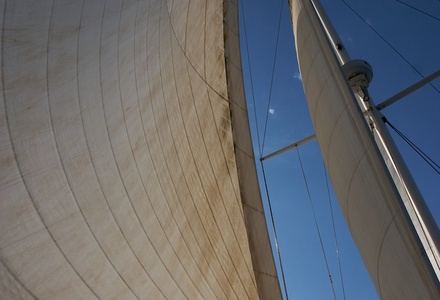 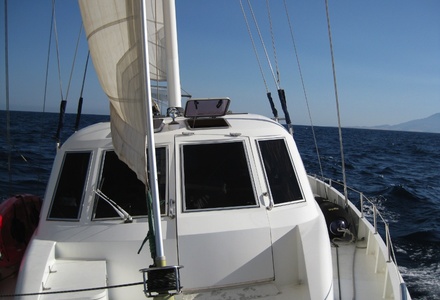